Okay, this isn't strictly an Alberta news item. But, at about the time I began this series on the Alberta election (see here and here for previous installments), I heard that a Catholic bishop in Ottawa is refusing communion to politicians who support abortion rights.

It's not the first time or place this has happened: it has come up recently in Scotland, Wales, the US, and probably many other places as well. Sanctions don't stop at refusing communion - excommunication is also on the table according to some bishops. (Note that not all Catholics think this is an appropriate action for the church to take.)

I am not here to discuss arguments for or against abortion rights (not today anyway). What I would like to explore is the implications of such pressure for democratic government.

On a personal level, first of all, let me say that if I have reason to believe that a candidate will let any particular interest group dictate their actions when in power (rather than, say, the will of us voters), then they have already lost my vote. I hate the idea of voting against someone because of their religion, but if a candidate declares a firm devotion to the Catholic church, and the church orders all its members to toe the doctrinal line or else, then I have no hesitation in deciding against voting for that candidate.

So much for the personal side of things. What about the public interest?

There are regular scandals over money changing hands for political motives. Why are such actions a bad thing? Because they represent an individual, company, or group trying to coerce a politician to act in a way that may not reflect the democratic will of their constituents. It undermines democracy.

As I recently wrote, I think the appropriate status of religious groups in secular government is essentially that of interest groups. And what we have here is prominent members of the Catholic interest group putting as much pressure as they possibly can on elected officials to follow the church over the constituents.

So, are these bishops any better than business men trying to bribe (or blackmail) politicians to vote a particular way? If so, how? What is so special about religious interest groups that they don't have to live up to the same ethical standards as we hold corporate businesspeople to?

At the least, I think these bishops' declarations should make people think very carefully before electing Catholics to public office. At best, I think the Catholic church should be severely chastised for trying to thwart the democratic process in this way.

Disclaimer (in case someone in the audience is inclined to misinterpret me):

The only problem I see here for democracy is that an interest group - the Catholic church - is putting inappropriate, excessive pressure on elected officials to govern in a particular way.

Am I over-reacting? Do you think my statements amount to religious discrimination? Please let me know.

Greta Christina just posted a delightful entry on her blog.

I know that religion is repeatedly defended as a source of comfort in difficult times. But this has been one of the more difficult times in my life... and I've been finding that my atheistic, skeptical, rational view of my difficulties is more comforting than any religious belief I've ever held, or could ever imagine holding.

I know that her post is unlikely to persuade anyone to change their own worldview, but perhaps the reasons she gives will help thoughtful religious people to understand why Humanists and other atheists do not suffer from the nihilism that seems to often be expected of them.

It has certainly given me a couple of new ideas for thoughtful, positive responses next time I'm asked about the whole "how do you get through life" thing.
Posted by Timothy Mills at 14:40 No comments:


Several months ago, I came across a claim A C Grayling makes regarding the role of religion in public life. The claim seems sound, and yet it also seems radical. I am appealing here to my religious reader(s): is there a good counterargument?

Here's how he puts it in The Meaning of Things:

No doubt the churches are as entitled as any other interest group to have their say on matters that fall within their range of concerns, but they are an interest group nonetheless, with highly tendentious views, and big axes to grind. (p.104)

He makes the same claim in other places, including here and here.

I'm not asking about private life: I know that religious individuals get much more out of religion than out of their local gardening club, for example. 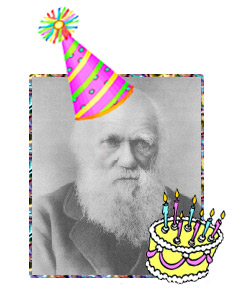 I'm asking about the public role of religion in secular society. For example, is a religious holiday any different in kind from Earth Day, or Breast Cancer Awareness Month, or Darwin Day?

I think Grayling is right that there is (or ought to be) no difference in kind between religious and other interest groups (even Humanism), when it comes to their official status in the public sphere. Is this a valid assertion?

Archbishop of Canterbury Rowan Williams claims there is more to it, but fails to give a clear (or even coherent) argument for why this is so. Why should society at large (and the government in particular) treat religious lobbies as other than interest groups?
Posted by Timothy Mills at 13:23 1 comment:

Here's something new: a Friendly Humanist news roundup. There are just so many interesting things happening this week. Particularly today.

First, Skepchick mentions a study showing that reading science blogs makes you smarter. I wonder if Humanist blogs also give this effect?

Second, linguist and long-time critic of the traditional media's portrayal of language issues, Mark Liberman, is crossing to the other side, leaving his long-time position as a contributor to indy-media outlet Language Log for a more lucrative position at the BBC.

Third, Al Qaeda has responded to the 9/11 conspiracy theorists, firmly denying that the US government had anything to do with the destruction of the World Trade Center towers. Here is an exchange on television:

Finally, and on a more personal note, I would like to say that I am increasingly persuaded, as a linguist and as a sceptic, that the Ontological Argument (for the existence of God) is much more sound than I had thought. As Bertrand Russell, famous 20th-century philosopher, said, "it is easier to feel convinced that it must be fallacious than to find out precisely where the fallacy lies". Quite so. Why he let this "conviction" outweigh his earlier realization ("Great God in boots! -- the ontological argument is sound!") I don't know, but I must follow my own reason.

I will keep you posted on this important intellectual development. In the meantime, let me know if news roundups of this sort appeal to either of you.

[Update: I couldn't resist adding this exciting news (thanks to Phil at Bad Astronomy for the heads-up): Virgin and Google are joining forces for project Virgle - a concrete plan for the colonization of Mars! Sign me up.]
Posted by Timothy Mills at 15:07 No comments: